A host of golden daffodils...and a leek 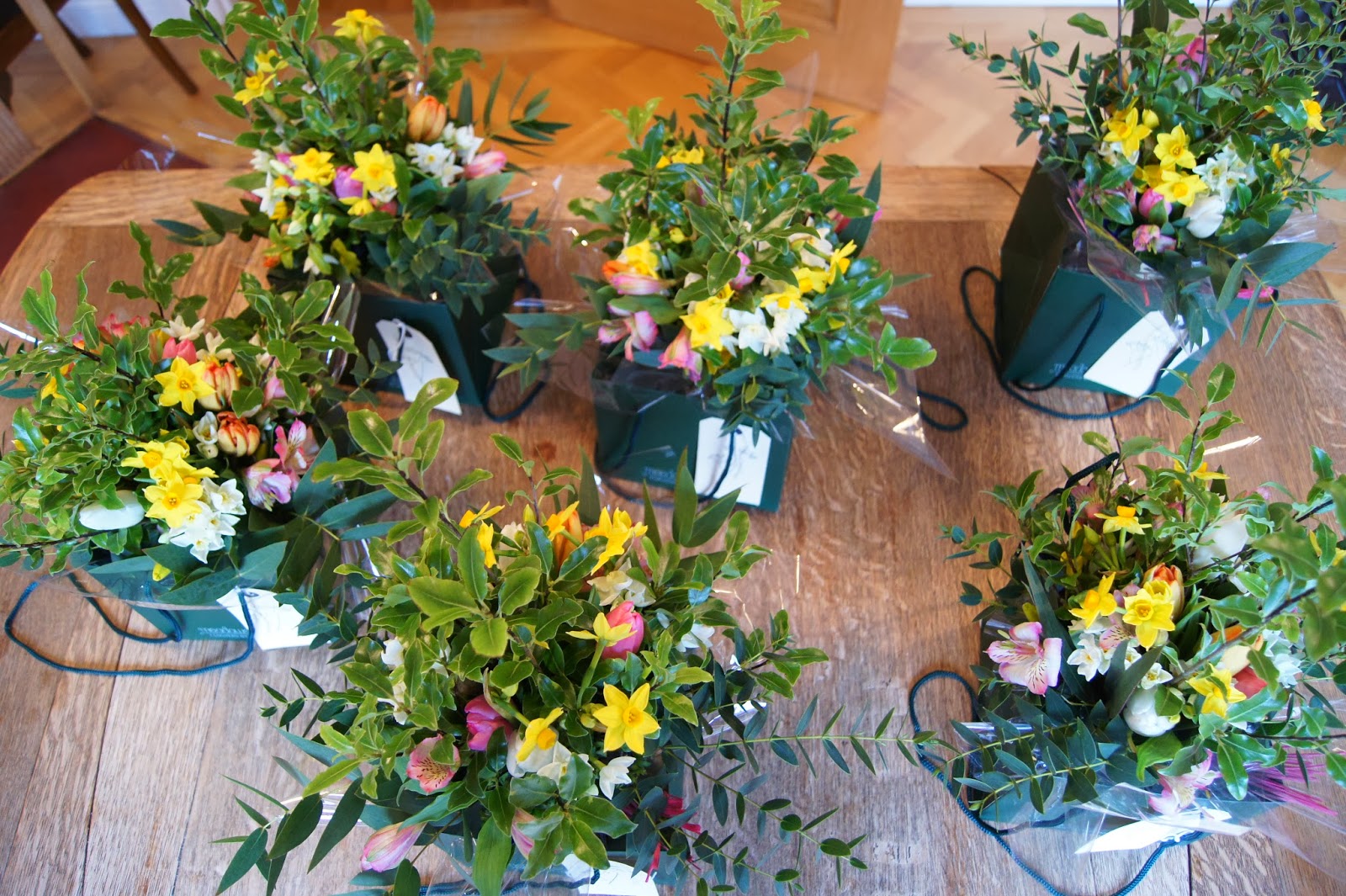 I had my first sniff of spring when my flowers for Valentine’s Day were delivered. There were yellow and white narcissi, tulips in all sorts of colours, pink alstroemeria, bright yellow daffodils and anemones – red, white and blue. The picture above shows some of the Valentine’s bouquets ready to go – not the usual florists’ offering of red roses flown in from Holland or Kenya, but British spring flowers and foliage. I made smaller bouquets than usual at a more affordable price (£20). I received great feedback about the flowers (both their freshness and their scent) and here they are closer-up: 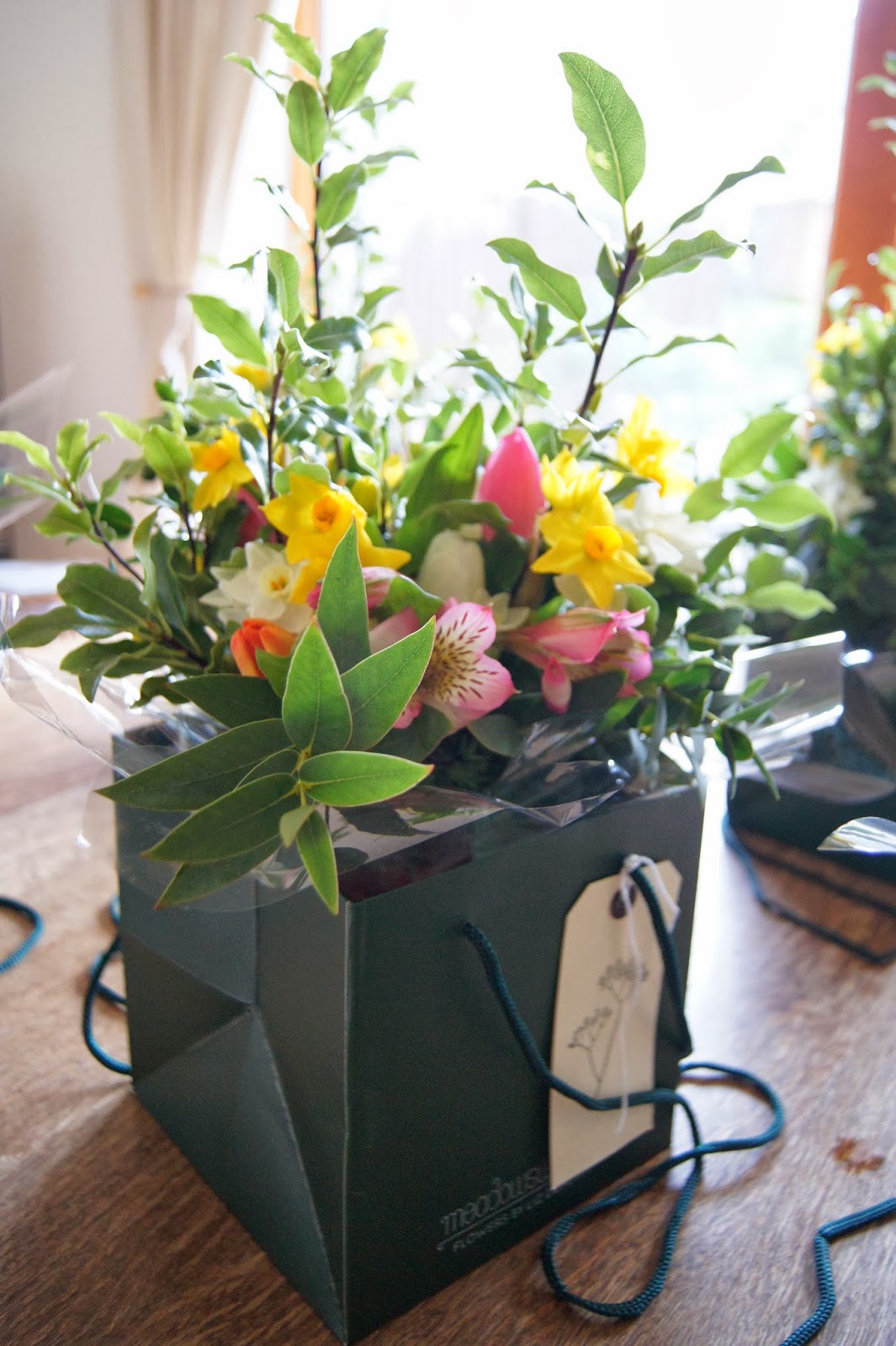 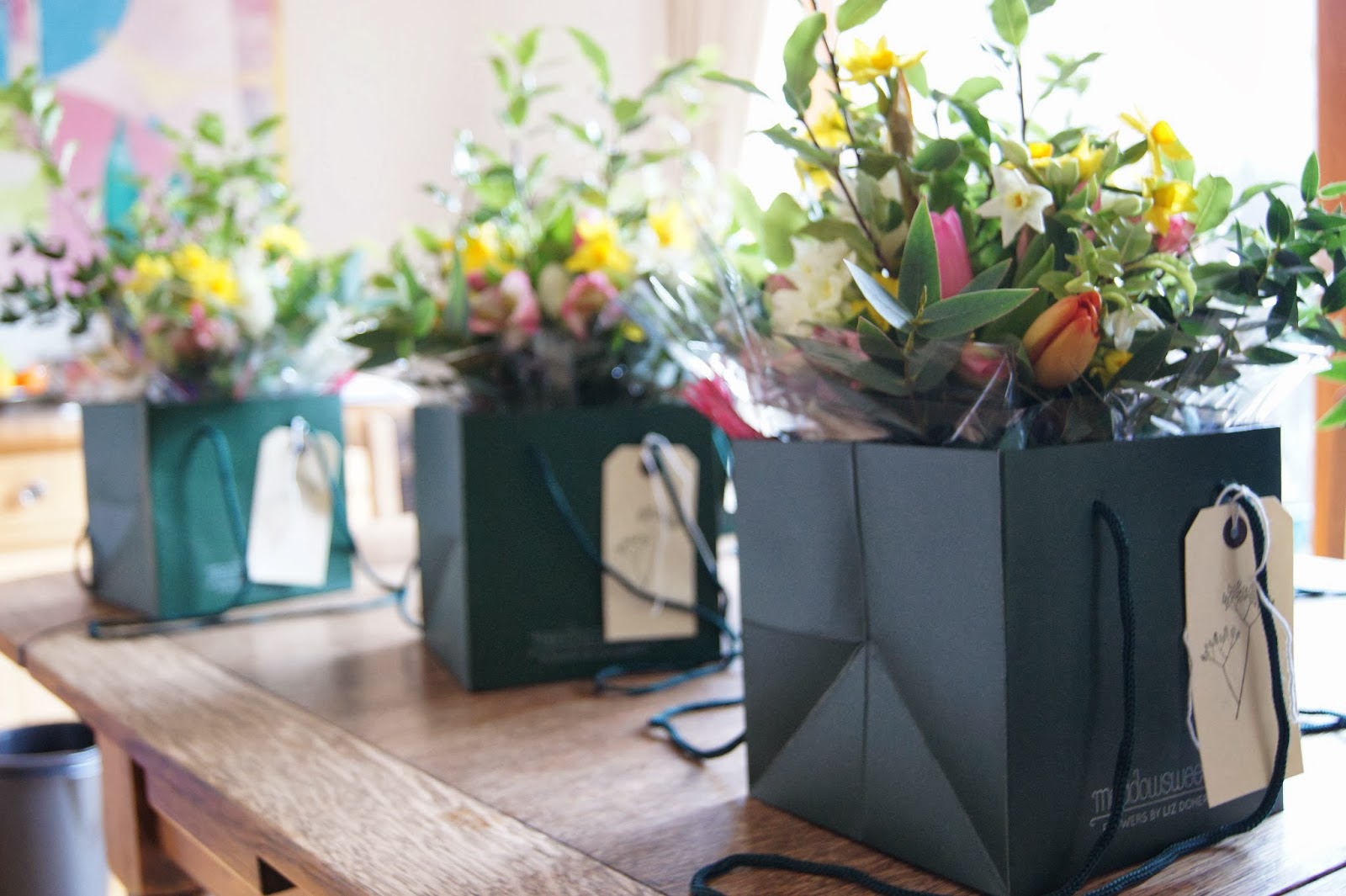 Last Saturday was St David’s Day, the feast day of the patron saint of Wales. Mike and I are in Wales this week and we were here on St David’s Day. Lots of people pinned daffodils onto their clothes – daffodils are a symbol of Wales and so are leeks! The daffodils make a lot of sense because they are growing everywhere this week and are a wonderful sign that Spring is here at last. I`m not so sure about the leeks – but I think they are used to make a traditional Welsh soup. We are staying in Hay-on-Wye and I came across this arresting shop window display at Booth’s Bookshop. It included daffodils, a leek and a poem about Spring: 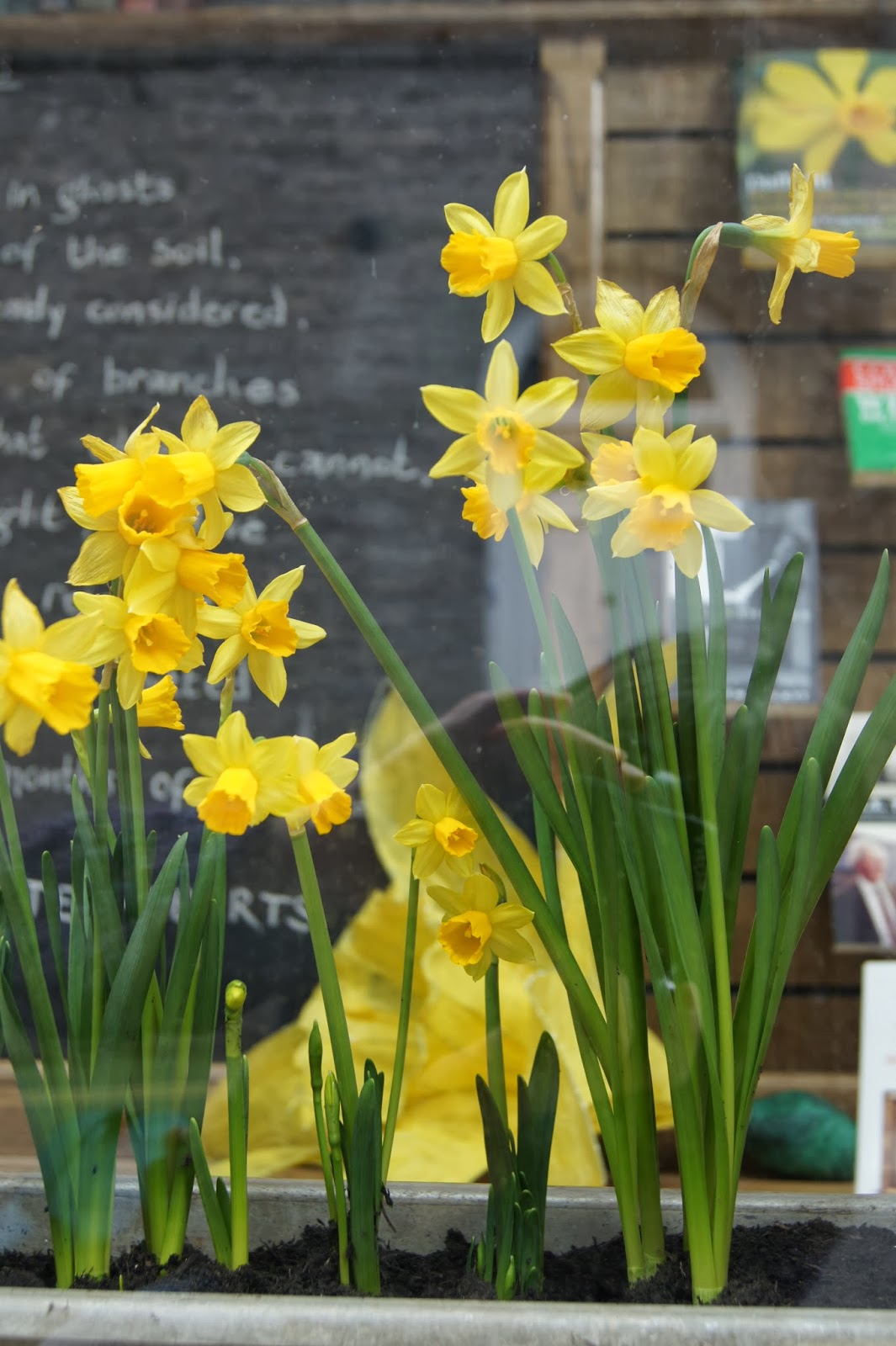 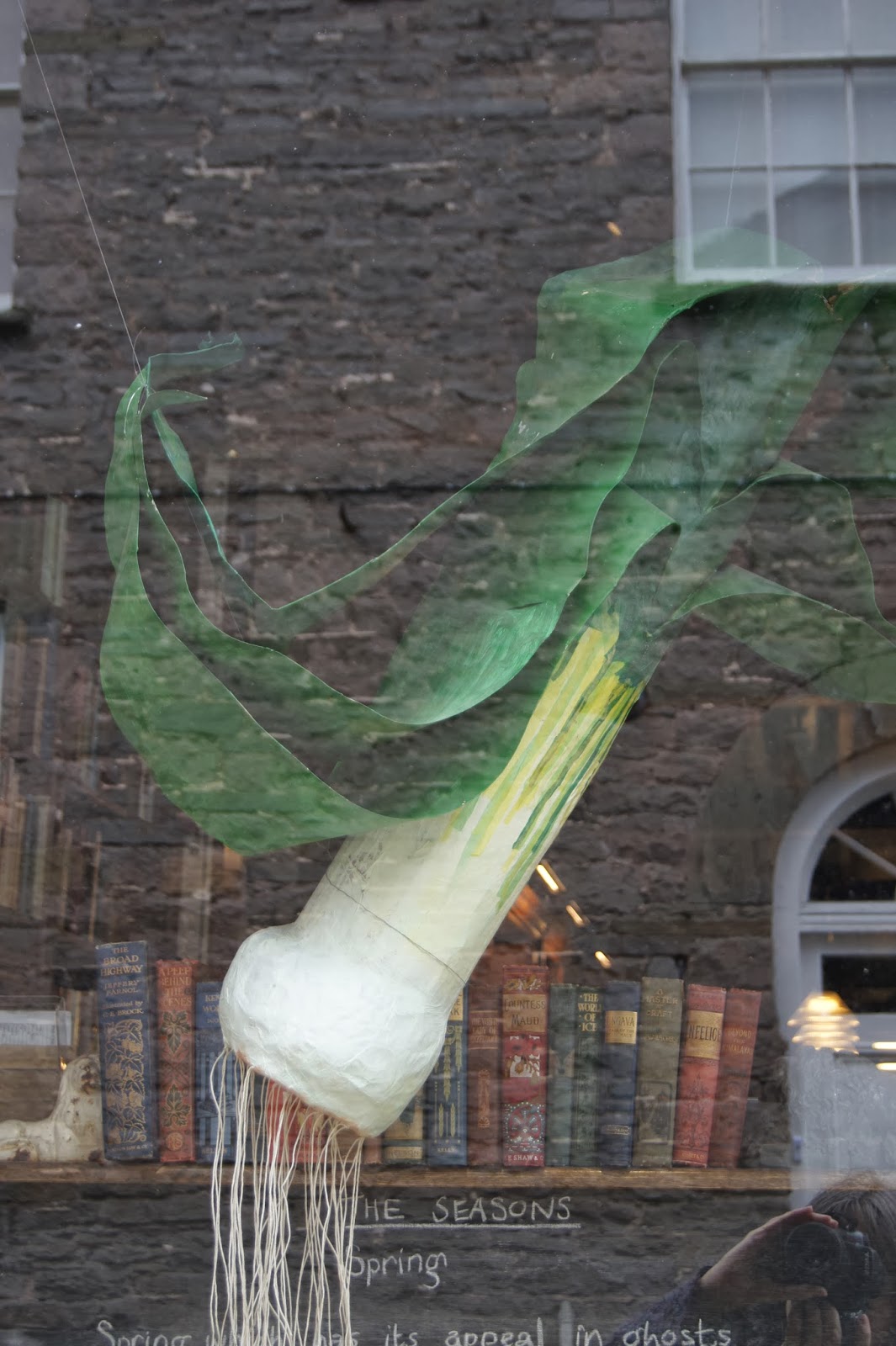 A new flower shop has opened in Hay called Dandelion Wishes. It is in an old building by the castle. It is just the sort of shop I would like if I had a retail space. Just look at the gorgeous narcissi, daffodils, ranunculus and the spring flowers growing in pots. You can also see the Welsh dragon on the flag in the background. 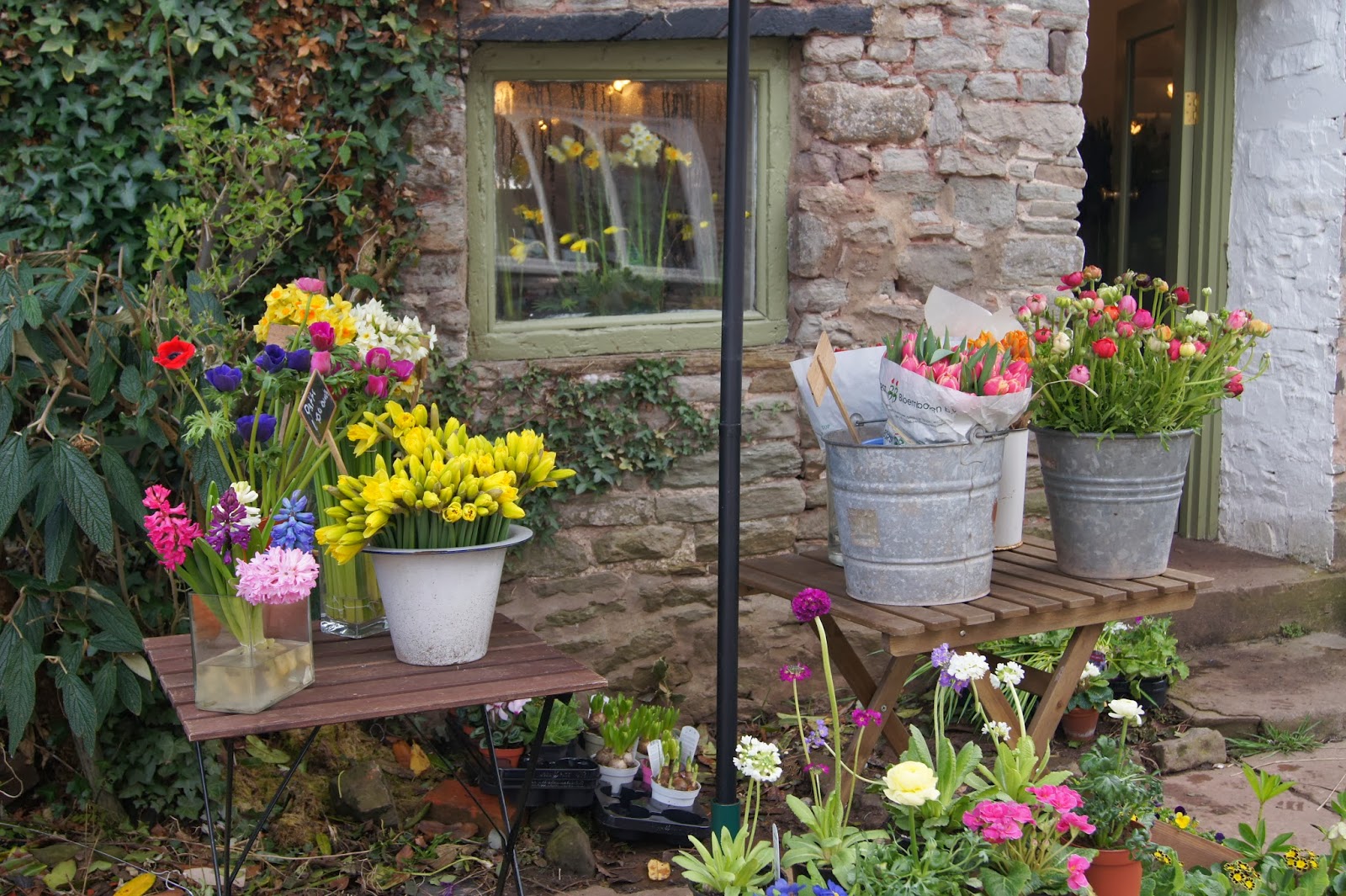 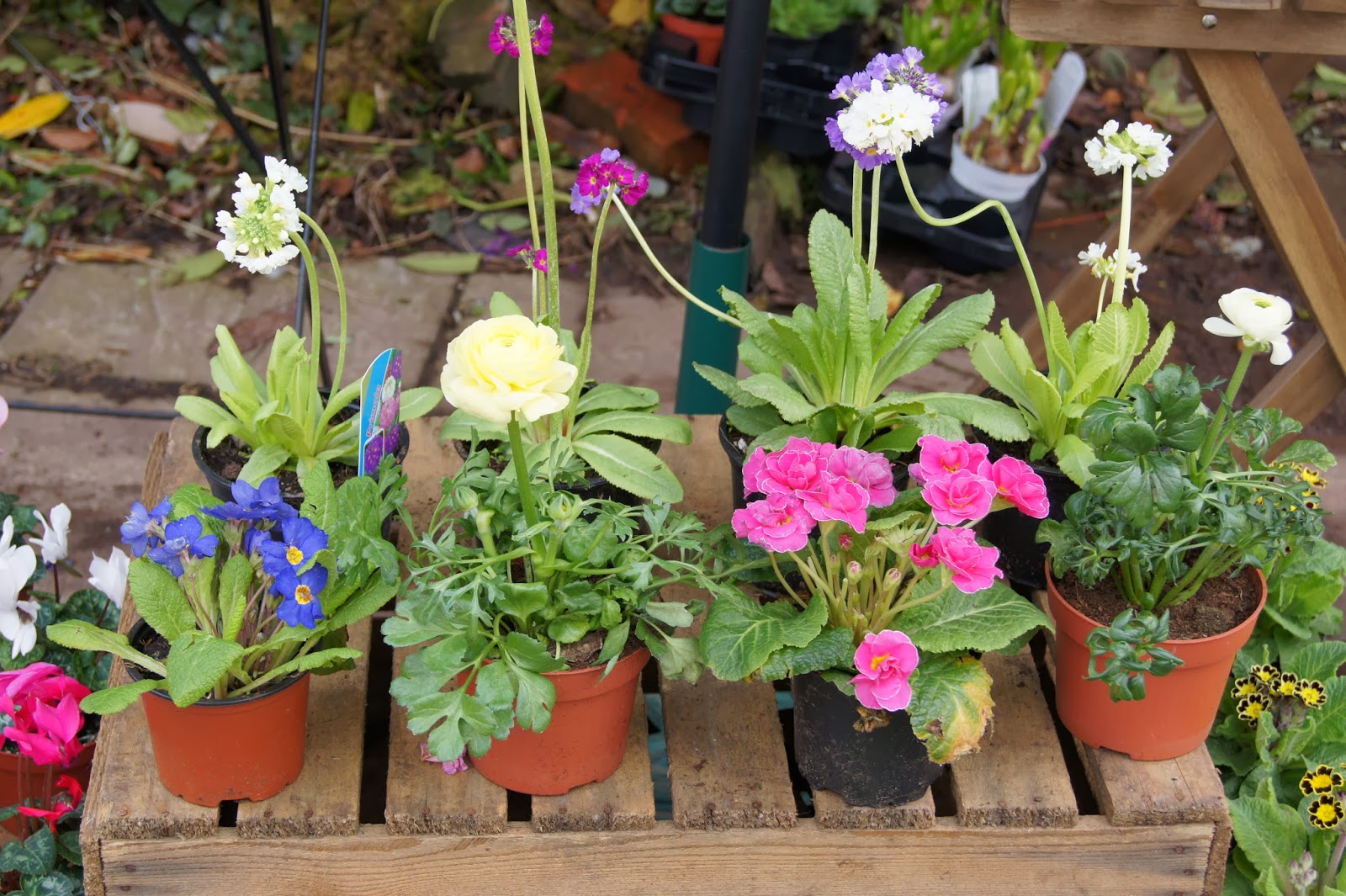 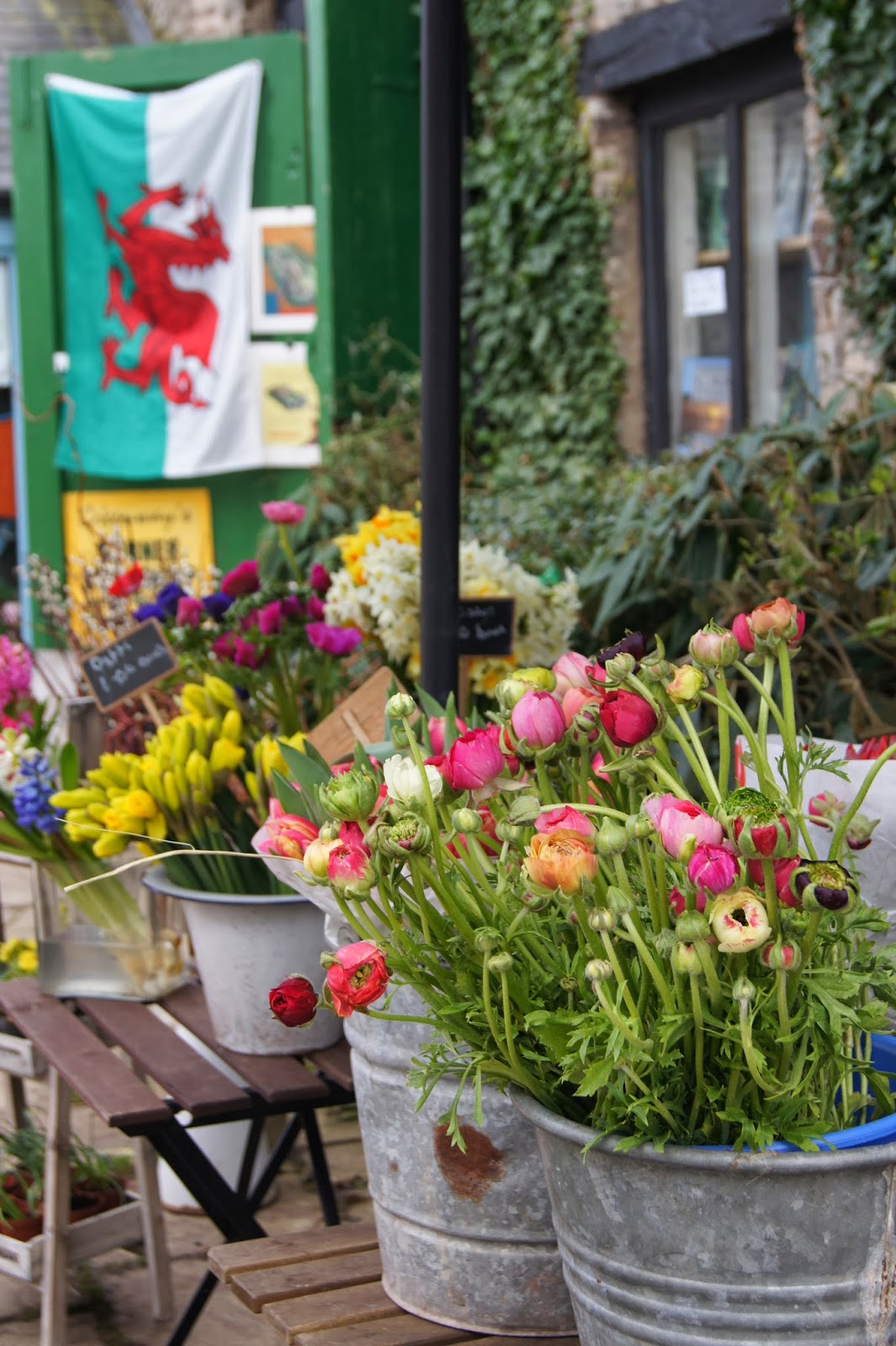 Here is the bunch of daffodils that Mike bought for me, and here is the arrangement I made with them using the foliage and berries I could find around the house. 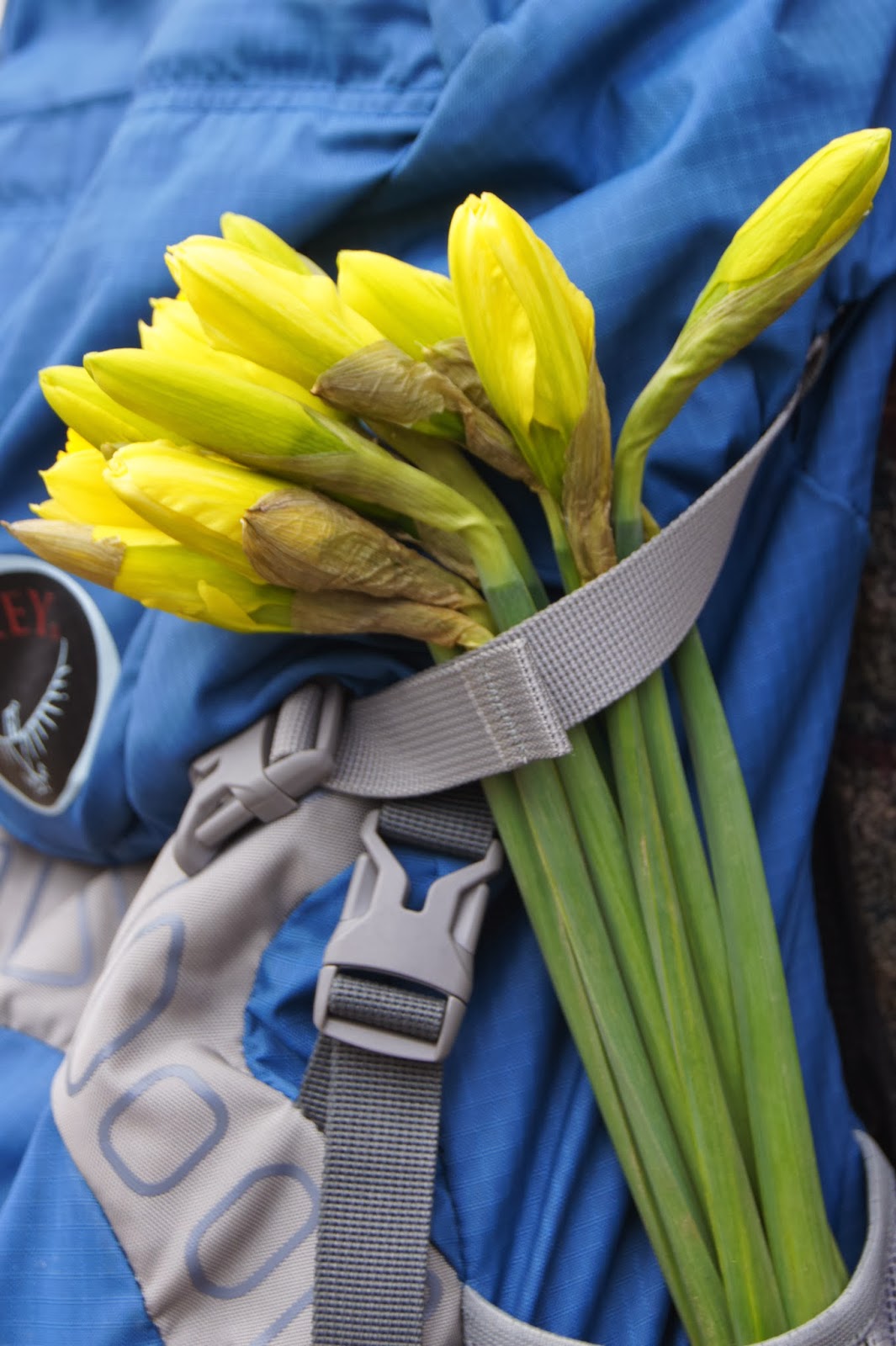 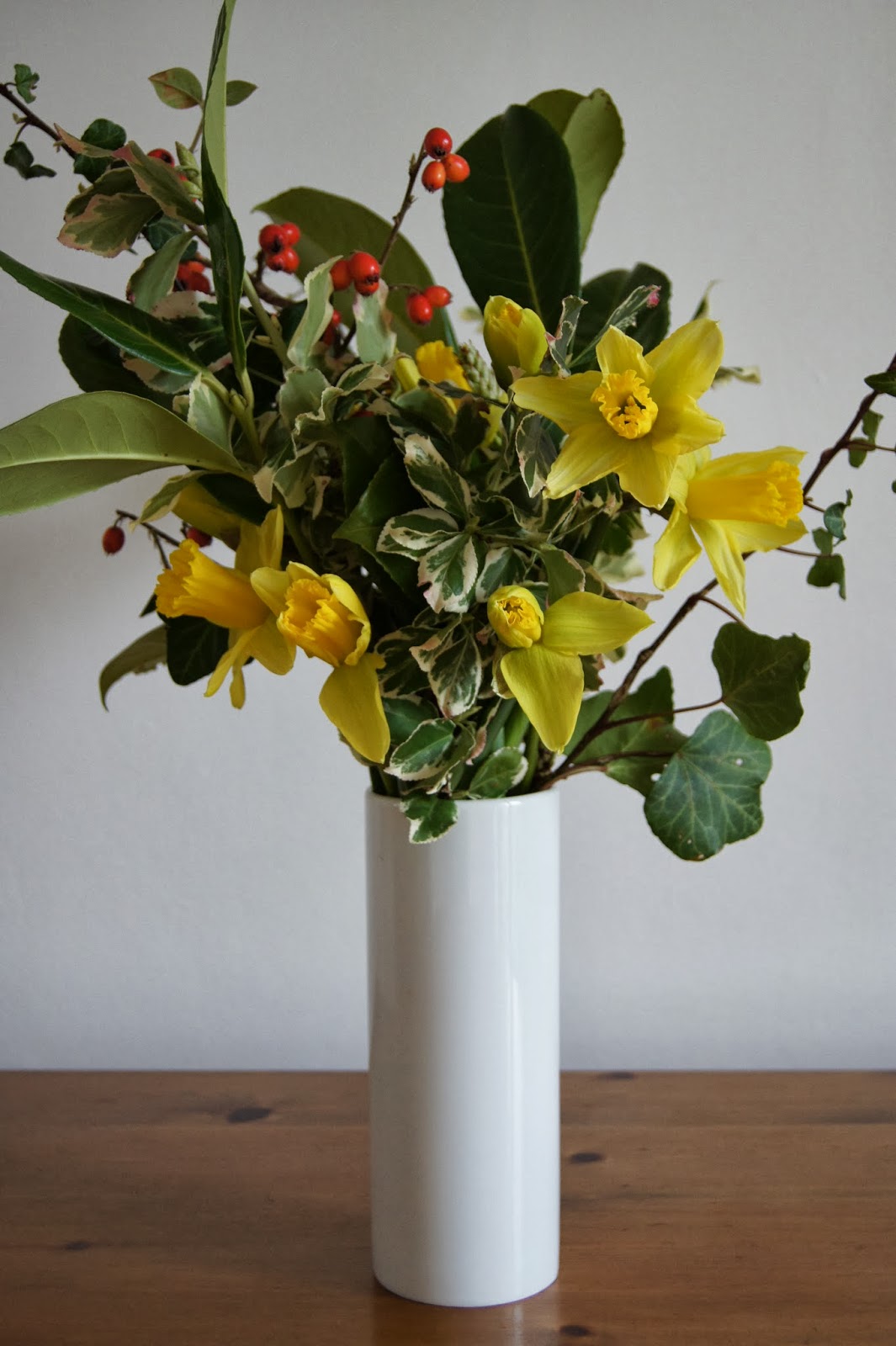 The arrival of Spring has made me think about flower workshops and flowers for Mother’s Day. If you look on my website you will see new dates for spring workshops (including a workshop for making your own arrangement for your mother on Saturday 29 March) and my offers for Mother’s Day flowers (bouquets at £30 and £20 and posies at £16). I will finish this blog with a picture of a bouquet of grouped flowers in a vase which we made in a workshop about this time last year. We will be making something similar to this in my Mother’s Day workshop later this month (but in a different jug). 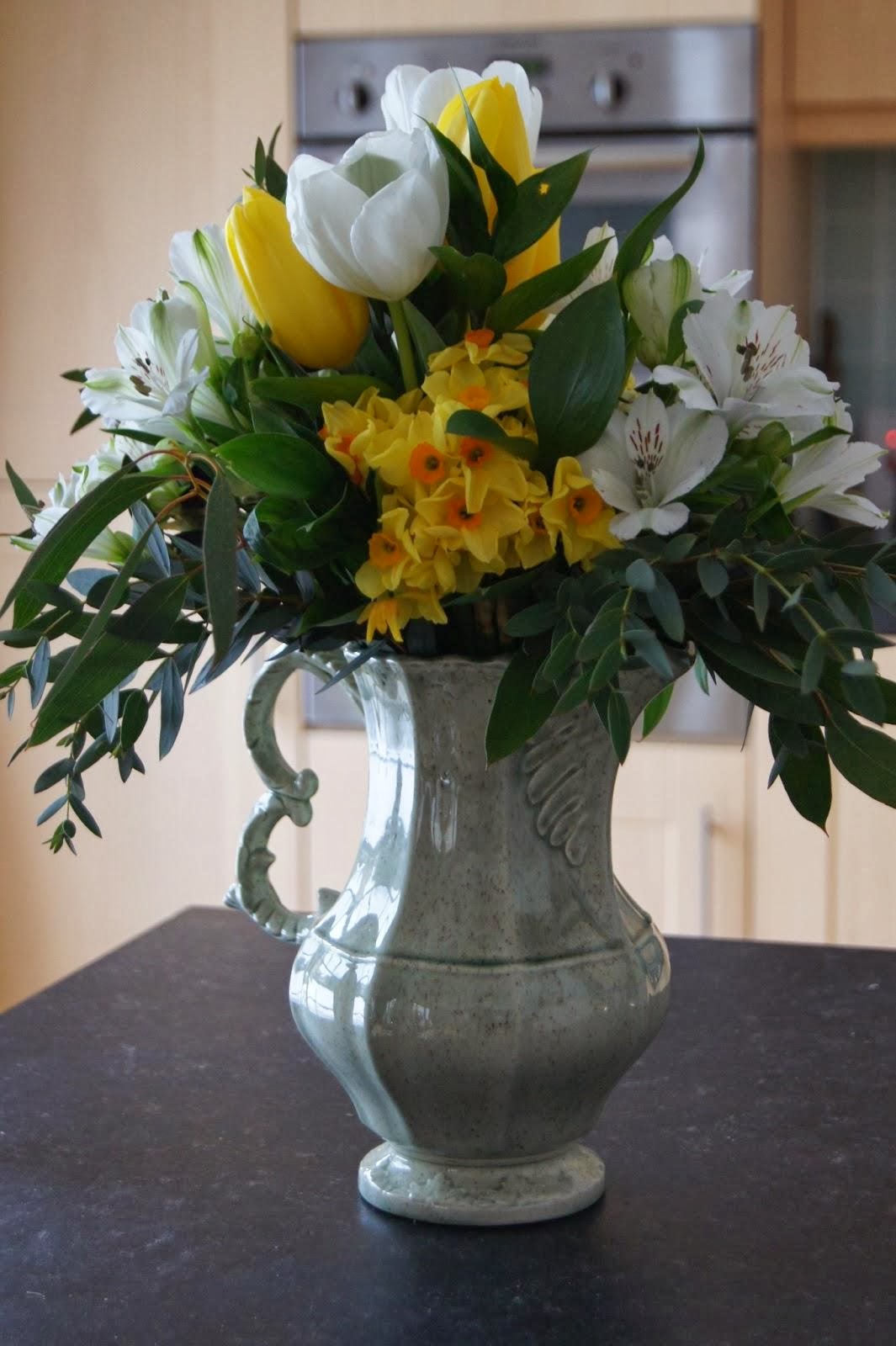