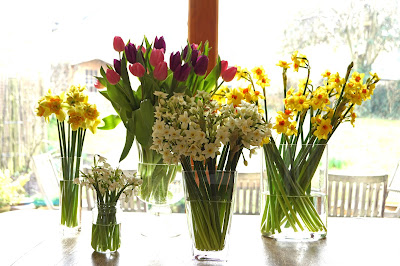 Spring has come late this year. In March the only things up in our garden were hellebores and a few early daffodils. But I was able to buy these bright spring flowers from my supplier in Cornwall - multi-headed narcissi, double daffodils, tulips and snowdrops. We used these to make naturalistic arrangements in three parts (like a triptych) in my March workshop: 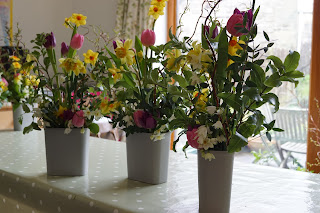 I`ve also been buying gorgeous tulips from Smith and Musson (based in Lincolnshire). I love these deep plum-coloured ones. I mixed them up with clematis, waxflower and spray roses in this white urn. I really like plum up against white like this: 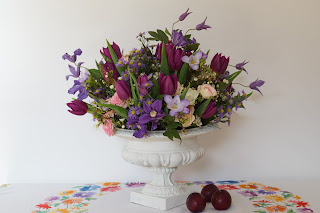 Here is a simple and effective idea for showing off tulips. They are in jam jars placed in a pretty crate: 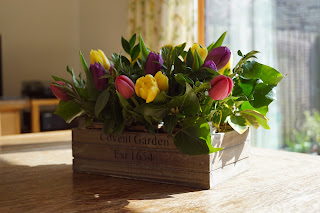 Another idea is to use a flower brick. I bought this one when we were in Amsterdam a couple of years ago. It is based on an old method (it has a removable lid with holes in it) and the blue and white design is a traditional Delftware pattern with a modern twist. Easy to use and very effective. 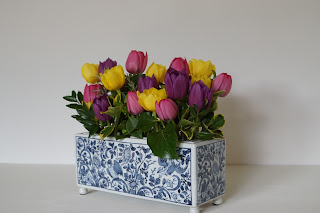 I arranged the flowers for Annie and Ed's wedding in April. They got married in Bakewell - here are their flowers ready to go. Just a bouquet, posy, a couple of buttonholes and a few jars to carry from place to place as the day unfolded: 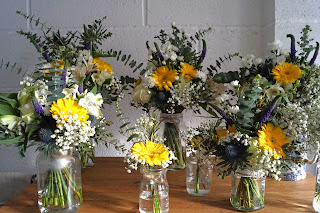 After the wedding they went for a ramble in the Peak District - they both have their walking boots on at this point in proceedings. Such a happy day, and so reflective of their interests and values. 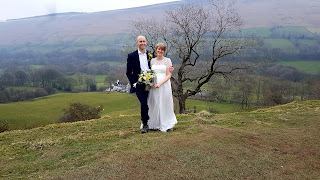 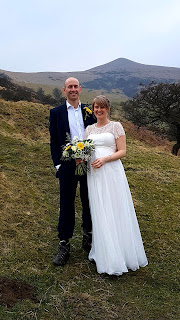 At last our garden has some flowers growing in it. There are lots of white blooming flowers - fabulous daffodils, pear blossom, tulips and narcissi : 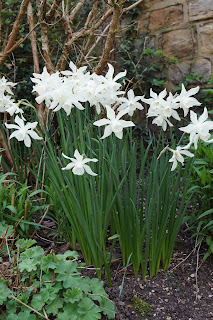 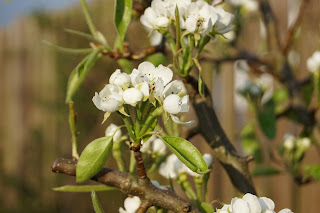 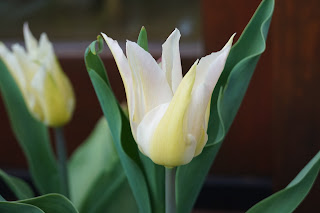 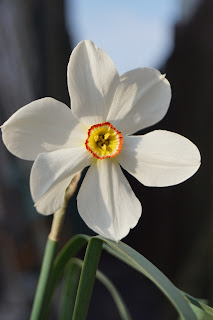 We also have lots of blue flowers at this time of year. Some old friends which appear every year - rosemary, bluebells (just starting) and muscari (grape hyacinths). Also some new perennials only recently planted - brunnera and anemones: 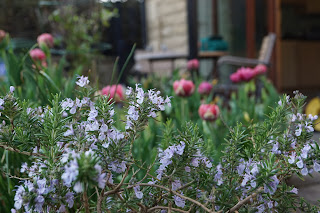 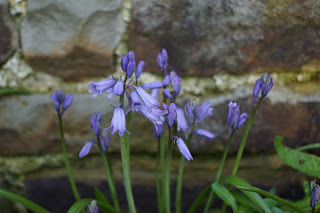 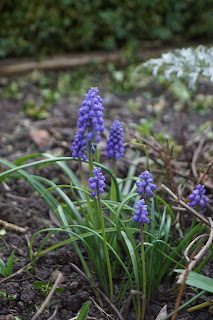 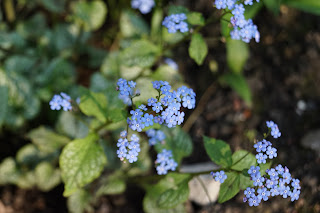 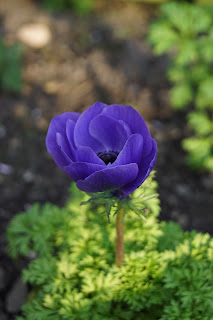 Then we have some brilliant purple/mauve flowers. Aubretia so vivid it is hard to look at, intriguing snakes head fritillary and, of course, tulips. 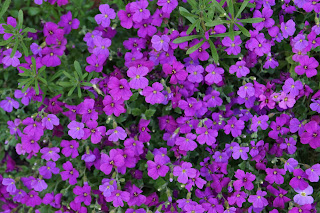 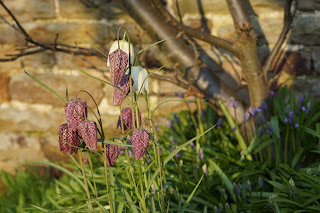 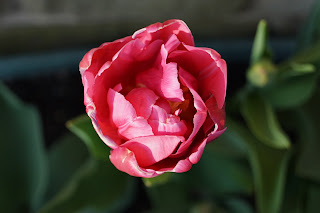 I will finish off with the simplest of little arrangements for a dinner table in spring. 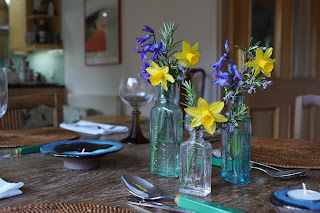